Welcome to Perfect Steno. Why Perfect Steno? When thinking about what to call our website, we decided to look for an element of practice that is common to developing skills in general.

In any event, what we found was a common thread that permeates thought about developing any desired skill. That concept is not that practice makes perfect but that perfect practice makes perfect. A musician does not learn to play well by playing wrong notes, nor does an opera singer benefit from singing off key.

You are here perhaps because you want to know how writing perfect steno can help you achieve your skill development goal.

Well, if you think about it, the only way that a musician or opera singer goes from playing or singing the wrong notes is through perfect practice. For example, a musician who is learning a piece of music must play it repetitively each time striving to practice it accurately before it becomes music. Not all parts will be simple to learn, but the musician must keep working on the difficult parts until they become automated and easy to do.
Can’t the musician just skip the difficult part?
Yes. But, just imagine if every musician who had difficulty with playing a part of Beethoven’s Fifth Symphony decided to get rid of the problem. What would that symphony sound like today? Likewise, imagine when learning a language if you eliminated or changed words you had difficulty pronouncing. How would the language sound?

Jean Gonzalez is an educator who has taught at the high school, community college, private college, and university level. She has taught a range of subjects at these institutions in multiple disciplines and has published over 20 college textbooks in these disciplines.
Although her formal college education from the University of Scranton and Kent State University was primarily in English, philosophy, and education, she refers to having learned shorthand in high school as the single most important influencer of her destiny.
As a result of learning Gregg shorthand, she was able to get her first teaching job and then her teaching job at a community college. When she was later teaching at a 4-year college, her knowledge of this form of shorthand led to her teaching machine shorthand to students in a secretarial program.
Subsequently, her ability to teach machine shorthand lead to her being asked to teach in the court reporting program at a community college. While teaching at that community college, she was invited to be a consulting editor on a machine shorthand theory textbook with two court reporters who were in the process of authoring a court reporting text, Allen Roberts and John Walsh, and Pat O’Neill, a court reporter who had developed one of the first translation systems for steno notes.
Her development of the pedagogy and subsequent co-authorship of the theory textbook enabled her to be introduced to an entrepreneur of a start-up software company who needed someone to document his software. Along with him, she became a founding member of two steno-related software companies. Years later, when an owner of a court reporting school who used their products was about to retire, he asked that her partner and she, because of their unique knowledge and contributions to the field of stenography, take over the school where she currently resides as president but still continues to teach machine shorthand, the language of steno.

The Perfect Practice Program helps you create your own daily practice routine.

What is Perfect Practice? 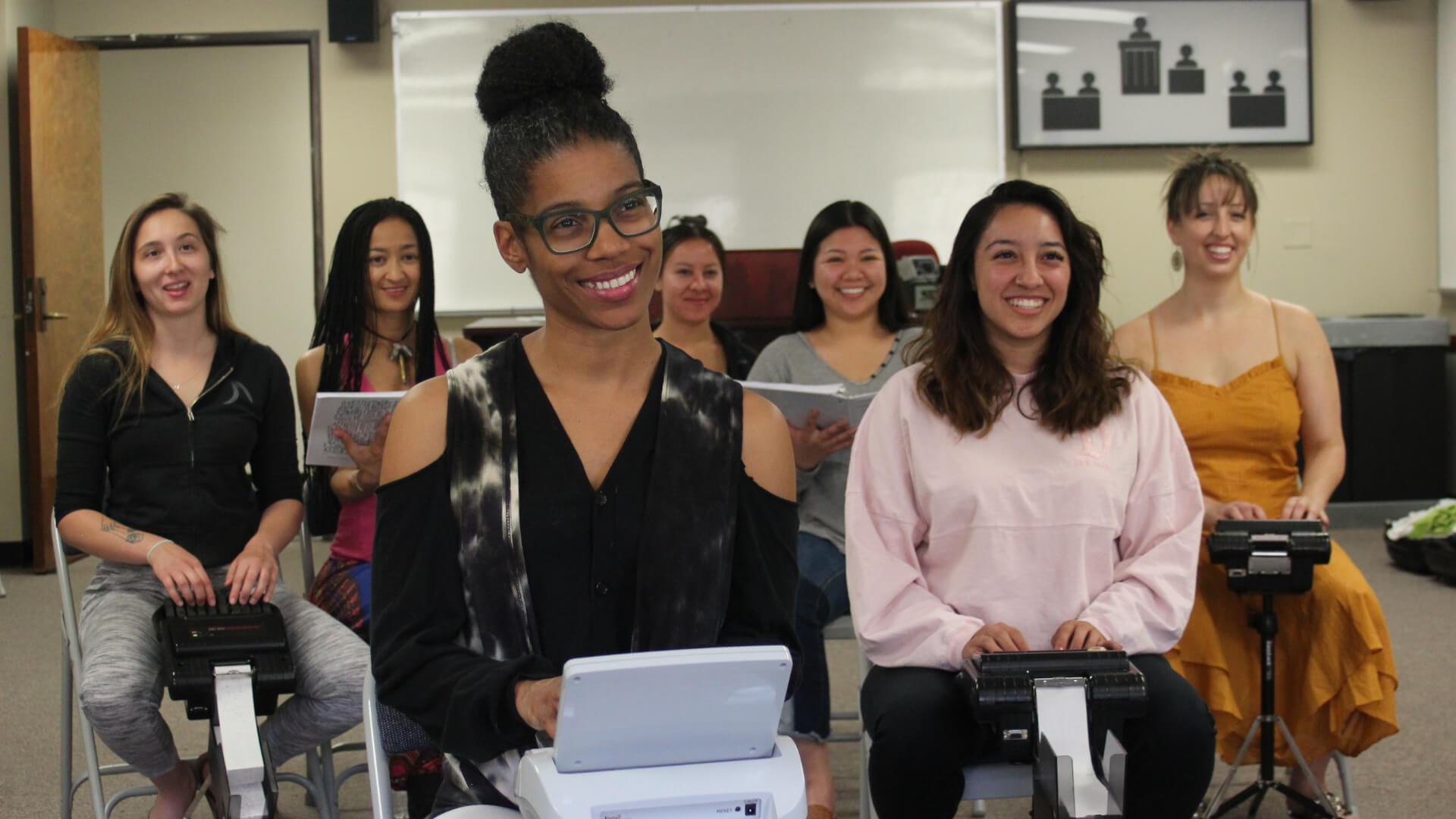 As students, you are learning a steno language called theory. Learning that language and embracing it is how you achieve your skill. Your theory, whatever theory it is, is a proven system for achieving your skill only when it becomes automated. It becomes automated when you commit to your theory system, become intimate with it, and practice it perfectly. It isn’t the theory that you learn that will determine whether you will be successful or not, it is your commitment to your theory that will make you successful.
What we want to achieve by this website is to help you understand and appreciate the value of practice and appreciate and realize the benefits of perfect practice. We will provide helpful blogs to reinforce what you have probably already been told about practice and writing perfectly. You will find in our bookstore, books that have been used for years as practice tools that have been responsible for contributing to the success of numerous successful steno writers in various steno-related careers. In addition, we have created the Perfect Practice Program based upon this proven system. It contains over 2000 30-second videos that will make anyone a better writer. In addition, we provide four-voice dictation using another of our perfect practice systems. Our goal is not to stop here with the development of our perfect practice products but to continue to create products to help make your practice easier and provide a more efficient use of your valuable time.

No content was found for the current ursername(s) and/or hashtag(s).